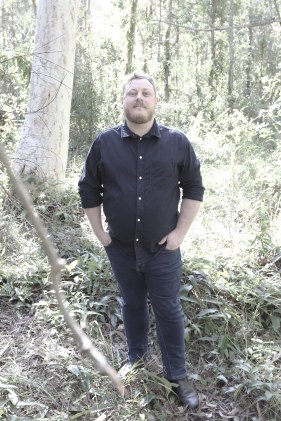 Andrew Tuttle is a best-kept secret of the Australian underground – a songwriter, composer and improviser who has shared stages with Matmos, Julia Holter, Forest Swords, Steve Gunn, Ryley Walker, Calexico and many others, a world traveler and artist in residence.

Tuttle’s fourth studio album Alexandra, released on Room40’s Someone Good imprint in May 2020, represents a true sonic landscape and is a musical reflection of the Brisbane resident’s childhood growing up in Alexandra Hills, an outer pocket the city he calls home. His live and recorded works exist serenely and purposefully in a space where the five-string banjo and the six-string acoustic guitar weave in and out of processed electronics. Like time-lapse photography, it unfolds its colours and textures with an astonishing gracefulness and wonderment.

Andrew Tuttle dwells in a between world of ambient and folk genre that feels like a community all of its own. Holding a space that is abundant and generous, Andrew Tuttle makes outsider music that turns its listeners into insiders — beckoning a journey inwards which unfolds many heart-opening moments along the way.